The sight of Kings Landing, the capital and largest city of the Seven Kingdoms, is spectacular. The population found within verges on half a million but from a bird’s eye view, it is serene and calm, with the gentle sounds of Blackwater Bay in the distance and the Red Keep standing as a sentinel watcher. Even the massive dome of the Great Sept of Baelor can be seen. It is perfect, except for one thing – none of it is real.

HBO’s Game of Thrones has been hailed as the biggest television series ever produced. Set in a medieval fantasy millieu with a feel of historical fiction, the show relied heavily on visual effects (VFX) and computer-generated imagery (CGI). The making of the popular drama would be less believable had the VFX team not received help from an advanced data capture technology that provided an assist with both the ambiance and authenticity of the show. 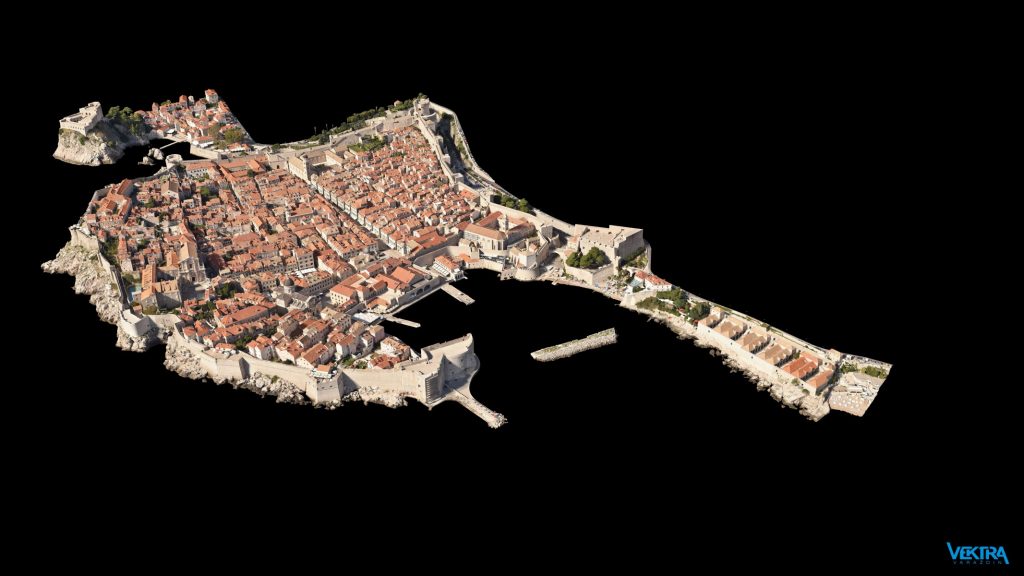 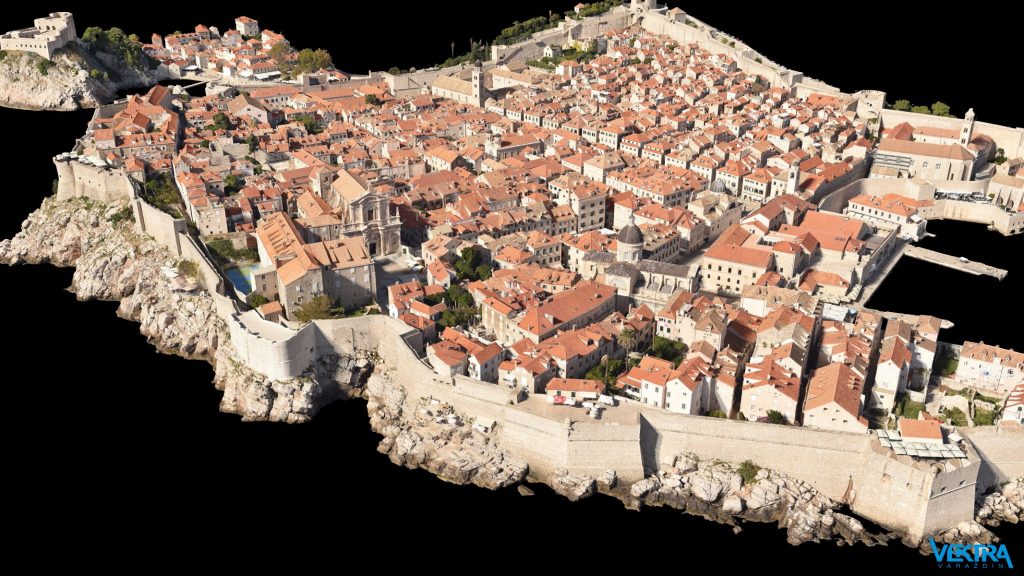 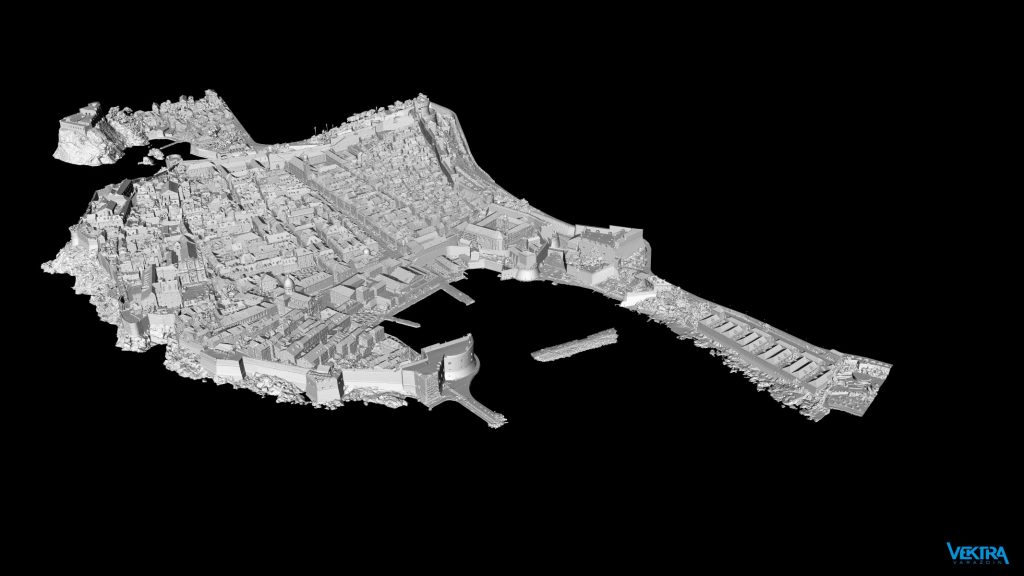 Lidar (light detection and ranging) technology has become increasingly popular for creating realistic CGI and visual special effects. Traditionally, lidar has been used for mapping, construction, civil engineering, mining and transportation, and it’s now of particular interest for its application to the film industry because of its ability to scan buildings or even entire cities in 3D, while maintaining a high level of detail and accuracy. Lidar technology has the ability to generate exact replicas of locations, reduces the time and cost for 3D modelling, and helped to create more realistic and compelling visual effects.

To create the awe-inspiring city of Kings Landing, HBO first had to select a location as the base from which to model its fictional, ancient setting. Old Town, Dubrovnik is largely regarded as one of the world’s finest and most perfectly preserved medieval cities in the world and as such, was designated a UNESCO Heritage World Site in 1979. Not only visually and architecturally rich due to its imposing 16th century walls, it naturally lends itself as the perfect backdrop of a medieval fortified, albeit, imaginary stronghold. Next was to find a company capable of creating precise, photo-realistic 3D visual reality models from a combination of lidar data and photogrammetry.

Between 2017 and 2018, Vektra d.o.o, a leading Croatian company dealing in geodesy, geoinfomatics, and spatial data management was contracted by a major production house for a television series slated to be shot in Dubrovnik that involved conducting surveys of the city using their advanced lidar and photogrammetric equipment. Having successfully worked with Universal Pictures on a previous movie project, Vektra had already established themselves as leaders in this field. What seemed like just another survey job saw them collaborating with HBO, a top-notch US cable and television network, and allowed them to carve a niche for themselves in cinematic history by becoming a part of the hugely popular Game of Thrones franchise.

Zlatan Novak, Principal at Vektra recalls his introduction to the project. “Although I was aware of the hugely popular show, Game of Thrones, I was not overly familiar with the fictional cities and locations found within its world. However, looking back at it now, I think this type of objective view really contributed to our success because when we approached scanning the target areas within Dubrovnik, we did it in a very matter-of-fact way, completely to the specifications HBO was looking for, with zero worry of ‘fan distortion’,” reflects Novak.

Using the data acquired by an airborne lidar mounted on a helicopter and camera equipped drones, a geo-referenced 3D model of the whole city was created. While the accuracy of the airborne data was good, the resolution requirements could not be met through airborne scanning alone. To answer this challenge, Vektra turned to terrestrial lidar systems and focused on the forty micro locations in the walled Old Town where specific scenes were slated to be shot in close proximity to the actors. 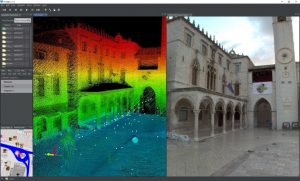 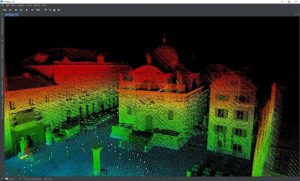 They generated 3D point clouds of these key areas using the Teledyne Optech Polaris fixed terrestrial laser scanner (TLS) and the Teledyne Optech Maverick mobile mapping system (MMS). The lidar point clouds were then colorized with digital camera imagery and image fusion software. Data from the Polaris TLS was placed in the larger model created from the airborne surveys to produce a final 3D model that was photorealistic.

It was clear that the terrestrial scanner needed the flexibility to work at long and short ranges. The HBO crew had indicated they were not interested in working with data stitched together from multiple surveys, preferring just one original point of capture for a 600-meter stretch. Using multiple stations or delivering data from multiple origins leads to over lap which is not desired.

“The requirement for one field-of-view, from one position, and a coverage from an angle of 45 degrees out to 800 meters meant we needed a scanner that had long-range, high accuracy and high-resolution capailities,” said Novak. “Then again, we also needed to deliver millions of points on a building or a church that was just fifty meters away. This worked out well using the Polaris’ short-range mode to increase the speed of the survey and we achieved the required results. In effect, we needed one system that was able to cover the strengths of two systems. We were fortunate that we could work with the Polaris system and deliver to HBO’s requirements.” 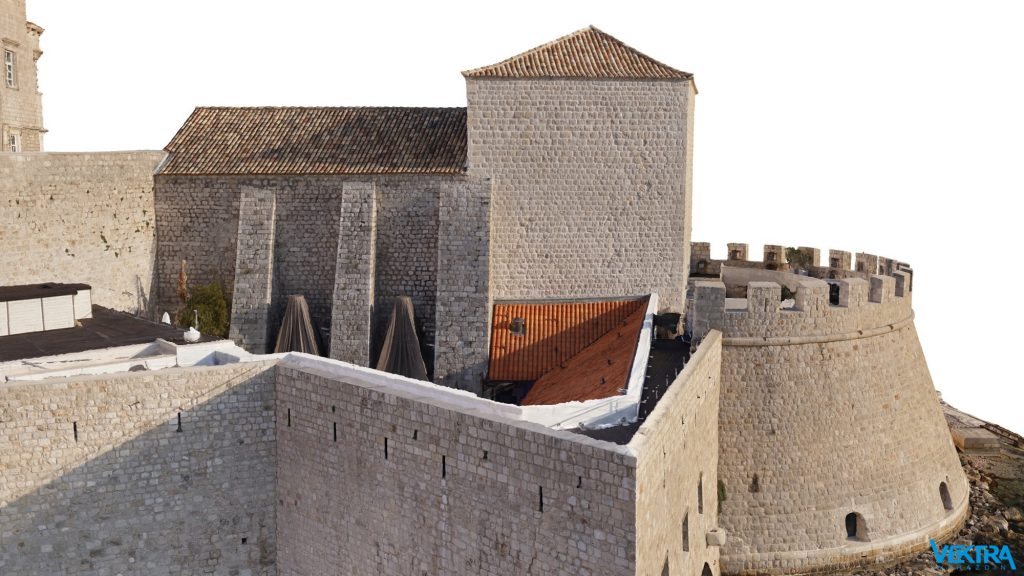 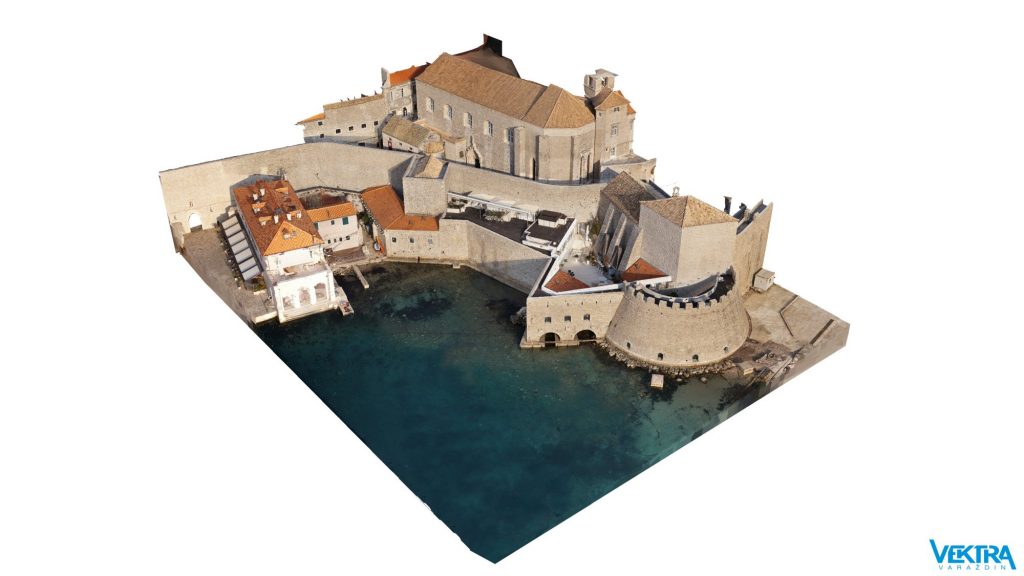 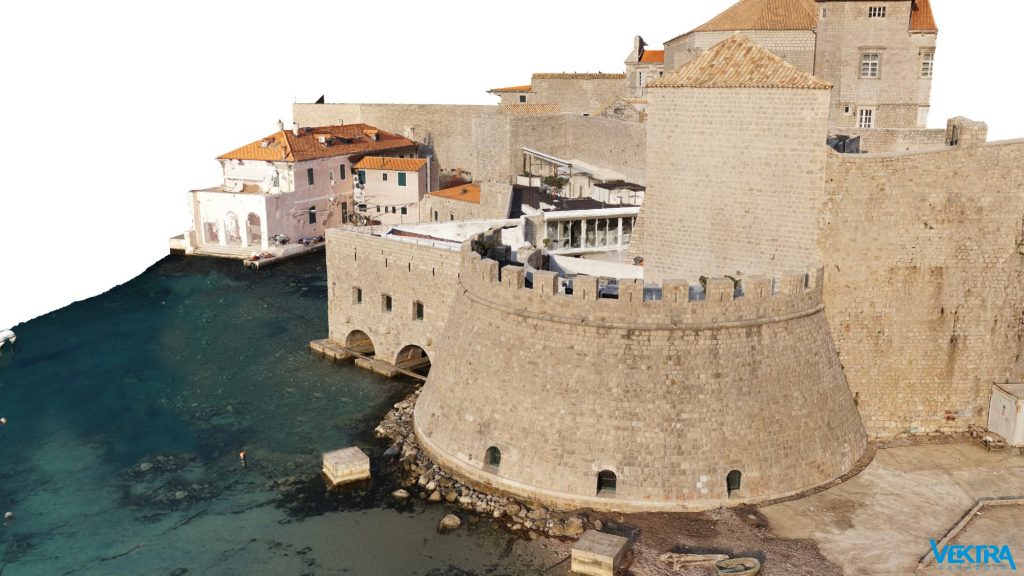 Several of the smaller locations proved difficult to scan using a static scanner. Being a popular tourist city, Dubrovnik’s streets usually teem with visitors, and scanning with a TLS that needs to be set up on the street was not an option for some locations. Mobile mappers are a great alternative to their static counterparts in not-so-easy to acess locations. So, a Teledyne Optech Maverick mobile mapping system was mounted on top of a car and driven around the city to scan the desired locations.

Using the Maverick proved especially beneficial when scanning the famed walls of Dubrovnik that run approximately 6360 feet around the city. While half of the walls are within the town, the other half are sea facing. The sea facing walls presented a different challenge. With very little space between the wall and the sea, the TLS would have to be positioned close to the wall in dozens of scans. With the Maverick, one drive along the road was enough to scan the walls. With a mobile mapper, the scans of the difficult to access roads along the coast and the busy thoroughfares were completed to the satisfaction of the film crew and the 3D models from the data fully met HBO’s expectations.

In the end, the iconic and imposing nature of Kings Landing was a collaborative effort involving several layers of real-life and technology that melded lidar, photogrammetry, and 3D spatial imagery. The ability to combine these approaches has risen in popularity over the years, showing that the use of geospatial technology in the world of VFX is well on its way to completely changing the face of modern movie magic.