“There are more things in Heaven and Earth, Horatio, than are dreamt of in your philosophy.”
– Hamlet, Act 1, Scene 5

In many cases, seeing leads to understanding. For Shakespeare’s Horatio, he had a hard time believing in ghosts because he couldn’t see them. For a QA engineer, she can’t understand a manufacturing fault until that offending hairline crack or material deformation can be seen. Sometimes the imaging challenge is speed or resolution. And sometimes it happens to be light itself.

Ghosts aside, we know that there is much more to our own Heaven and Earth than what we can see with our naked eyes. And so, we need to look beyond. Thanks to the work of generations of scientists, we know that light itself comes in waves: electromagnetic waves with frequencies ranging from 20 terahertz to above 30 exahertz, corresponding to wavelengths from thousands of nanometers down to a fraction of the size of an atom.

What’s in a wave? Size matters.

This frequency range is divided into separate bands based on wavelength, and the electromagnetic waves within each frequency band are called by different names. The waves also have different characteristics, such as how they are produced, how they interact with matter, and their practical applications.

In this article we’ll look more closely at four of those frequency bands – X-ray, Ultraviolet, Visible light, and Infrared – and discuss the practical imaging applications for each: what we can “see” when we look with different wavelengths, and why we can see it.

James Clerk Maxwell, a Scottish mathematician who dabbled in poetry, determined in the 1860s that waves in the electromagnetic field travel with a speed very close to the known speed of light, meaning that visible light—and, by extension, infrared and ultraviolet rays—all consist of disturbances in the electromagnetic field. And the spectrum was born and defined. Maxwell was also a founder of the field of photography.

Following from his interest in psychology and the science of colour perception, he took black-and-white photographs through red, green and blue filters of the same scene, and then projected transparent prints of the images through three projectors equipped with similar filters. When superimposed on the screen, the result was perceived by the human eye as a complete color reproduction of the original scene. This is the exact same principle upon which the Bayer filter is based, which allows digital sensors to also perceive color.

The penetrating value of X-rays

With x-rays, it’s all about the energy and size of the wave, and what that energy and size enables the wave to penetrate. The mysterious “X” radiation discovered by Wilhelm Röntgen in 1895 has waves that range from 0.01 to 10 nanometres (billionths of a metre) long and can traverse relatively thick objects without being much absorbed or scattered. It’s widely used to image the inside of objects: our organs, bones and teeth, for example, but also luggage, microchips, welds, rebar, ceramics, walls, and priceless works of art…anything we need to examine through deep penetration to reveal structural integrity, layering, contents, and more. Even the position of atoms in crystals or the structure of proteins, using X-ray crystallography.

But how does it work?

For an example of how X-rays do their penetrating work, we’ll look at medical X-rays, or radiographs.

To create a radiograph, a patient is positioned so that the part of the body being imaged is located between an X-ray source and an X-ray detector (this can be photographic film, an image intensifier, or a digital sensor among others).

When the machine is turned on, X-rays travel through the body and are absorbed in different amounts by different tissues. Bones, for example, readily absorb X-rays and produce high contrast on the X-ray detector. As a result, bony structures appear whiter than other tissues against the black background of a radiograph.

Conversely, X-rays travel more easily through less dense tissues such as fat and muscle, as well as through air-filled cavities such as the lungs. These structures are displayed in shades of gray on a radiograph, and enable the trained radiographer to see what’s going on under the surface.

Don’t just see the light, feel it with ultraviolet

We all know that certain types and intensities of ultraviolet (UV) light can cause sunburn. But we’ve also become familiar with other uses through our repeated cultural exposure to them: high-power UV sources are used by criminal investigators to locate and identify bodily fluids, and investigative news reporters have frequently used UV radiation to illustrate unsanitary conditions in hotels or restaurants. Other uses that are familiar in everyday life include the visual detection of UV-sensitive watermarks on documents such as driver’s licences, passports, and currency.

Ultraviolet light sits between X-rays and the visible spectrum, and just outside of what we can see. Ultraviolet, or UV means “beyond violet” (from Latin ultra, “beyond”), violet being the color of the highest frequencies of visible light. Ultraviolet has a higher frequency than violet light, with a wavelength from 10 nm (with a corresponding frequency of approximately 30 PHz) to 400 nm (750 THz), shorter than that of visible light but longer than X-rays.

More than just a heating pad

While not as powerful as x-rays, UV light is still strong enough to damage different materials. Short-wave ultraviolet light damages DNA and sterilizes surfaces with which it comes into contact. For humans, suntan and sunburn are familiar effects of exposure of the skin to UV light, along with an increased risk of skin cancer. The amount of UV light produced by the Sun means that the Earth would not be able to sustain life on dry land if most of that light were not filtered out by the atmosphere.

Although long-wavelength ultraviolet is not considered an ionizing radiation because its photons lack the energy to ionize atoms, it can cause chemical reactions and cause many substances to glow or fluoresce. Consequently, the chemical and biological effects of UV are greater than simple heating effects, and many practical applications of UV radiation derive from its interactions with organic molecules. Ultraviolet light (specifically, UVB) is also responsible for the formation of vitamin D in most land vertebrates, including humans. So, we take the good with the bad.

What else can it do?

Ultraviolet light interacts with materials in a unique way, enabling features and characteristics to be observed that are difficult to detect by other methods. Ultraviolet light tends to be strongly absorbed by many materials, making it possible to visualize the surface topology of an object without the light penetrating into the interior.

When it comes to imaging, the risk of damage from high-powered UV light limits imaging opportunities in biological industries. Even in the inspection of fine details in electronics, the UV light source will heat and even damage digital sensors over time.

Because of its ability to cause chemical reactions and excite fluorescence in materials, ultraviolet radiation has applications in several fields:

What you see is what you get in the visible spectrum

The visible spectrum is, well…visible. We can see it with our naked eyes.

Electromagnetic radiation in this range of wavelengths is called visible light or simply light. A human eye will respond to wavelengths from about 380 to 740 nanometers. In terms of frequency, this corresponds to a band in the vicinity of 405–790 THz. From a colour perspective, the spectrum ranges from violet light with the shortest visible wavelength and red with the longest, although adults have been able to see light up to wavelengths of 1,080 nm under laboratory conditions, and children can detect light with wavelengths as short as 310 nm.

The Sun is the dominant source for the visible-light waves our eyes receive. The outer-most layer of the Sun’s atmosphere, the corona, can be seen in visible light, but it’s so faint it can only be seen during a total solar eclipse because the bright photosphere overwhelms it.

What the bees sees

Just because we can’t see it, doesn’t mean it’s not there. Many species can see light within frequencies outside the human “visible spectrum.” Bees and many other insects can detect ultraviolet light, which helps them find nectar in flowers. Plant species that depend on insect pollination may owe reproductive success to their appearance in ultraviolet light rather than how colorful they appear to humans. Birds, too, can see into the ultraviolet (300–400 nm), and some have sex-dependent markings on their plumage that are visible only in the ultraviolet range.

Some snakes can “see” radiant heat at wavelengths between 5 and 30 μm to a degree of accuracy such that a completely blind rattlesnake can detect prey from a meter away and even target vulnerable body parts.

Light – What is it good for?

The applications for visible light are vast, ranging from longstanding uses related to commercial signage, residential illumination, and wayfinding, to robotic control and autonomous part inspection of semiconductors, PCBs, and containers. Increasingly, machine language technology is paired with visible light—or a combination of visible light and EMR at other wavelengths—to provide optical inspection.

Among the more advanced applications is laser altimetry, an active remote sensing technology that is being used for applications such as measuring the heights and characteristics of clouds, the vegetation structure in forest canopies, and the distribution of airborne particles from forest fires. NASA’s Geoscience Laser Altimeter System instrument onboard the ICESat satellite enabled scientists to calculate the elevation of Earth’s polar ice sheets using lasers and ancillary data. Changes in elevation over time help to estimate variations in the amount of water stored as ice.

Don’t just feel the heat, see it with Infrared

Infrared radiation (IR), or infrared light, is a type of radiant energy that’s invisible to human eyes but that we can feel as heat. All objects in the universe emit some level of IR radiation, but two of the most obvious sources are the sun and fire.

Within the electromagnetic spectrum, infrared waves occur at frequencies above those of microwaves and just below those of red visible light, hence the name “infrared.” Waves of infrared radiation are longer than those of visible light: IR frequencies range from about 300 gigahertz (GHz) up to about 400 terahertz (THz), and wavelengths are estimated to range between 1,000 micrometers (µm) and 760 nanometers (nm),

How hot is blue?

Because we can sense some infrared energy as heat, thermal imaging devices such as night-vision glasses or infrared cameras for surveillance can allow us to “see” the infrared waves emitted by warm objects such as human and animals.

Infrared observation also plays an important role in astronomy, allowing us to detect objects that are too cool or faint to be detected in visible light. Astronomers have used this to observe some bodies such as planets, “cool” stars, and nebulae.

For example, NASA’s Cassini spacecraft was able to capture images of Saturn’s aurora using infrared waves, and those images helped determine that charged particles streaming in from the Sun are experiencing some type of magnetism above Saturn that was previously unexpected.

The James Webb Space Telescope, which is planned to replace the Hubble Space Telescope, is equipped with three infrared instruments that will help scientists study the origin of the universe and the formation of other galaxies, stars, and planets.

What else can IR see?

Industries dealing with hazardous and non-hazardous chemical materials can benefit from infrared cameras helping to detect the resulting heat flow from chemical processes. Thermal imaging makes it easier to capture and measure the temperature distribution with greater accuracy and enable the analysis of chemical reactions through the entire process chain.

Additional applications for infrared imaging include: 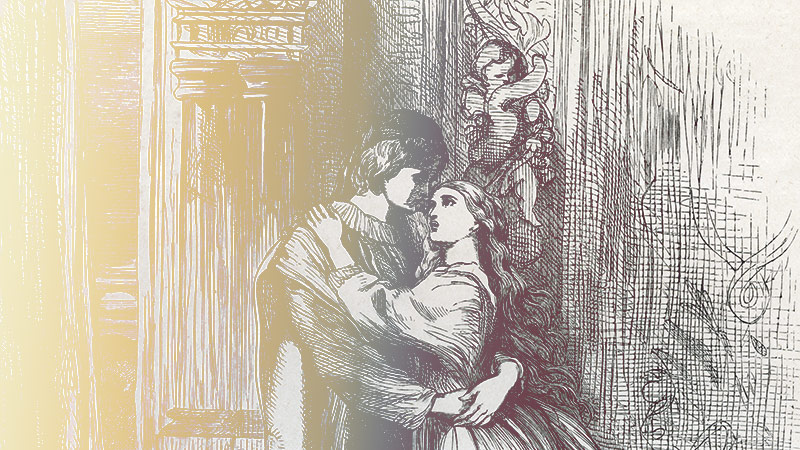 “But soft, what light through yonder window breaks…” Romeo and Juliet, Act 2, Scene 2

We’ve learned about each of those bands of light working in their own way, shining to reveal different aspects of our physical world, some we can see, some we can feel, and some we can only imagine.

We’ve bent light to our will, and found ways to use it in science, medicine, construction, travel, exploration…in everything we do.

A View From Above: Imaging from the ISS